What do shower gel bottles, soccer cleats and an airplane have in common? Nothing? Think again: Glue is what holds them together. Now, you’re probably saying to yourself: “In sports shoes and cosmetics, sure – but in cars?” In fact, the automotive industry is increasingly replacing metal rivets and screws with adhesives, because modern lightweight construction processes depend on them. Adhesive technologies can work wonders in their industrial applications, which range from meter-high wind turbines, through razor-thin touchscreens and all the way to the inner workings of our smartphones.

Mankind discovered the power of glue early on in its history. The Neanderthals, for instance, used birch tar to make tools. Over time, the effectiveness of adhesives improved and the number of possible applications grew proportionally to the emergence of new technologies.

Henkel arrived in the adhesives business by an accident of history: In reaction to the supply bottlenecks that occurred in the aftermath of the first World War, Hugo Henkel tasked his chemists with developing their own glue for sealing cartons of Persil.

We need your consent

… that Henkel is the world’s largest adhesives manufacturer?

The Adhesive Technologies business unit operates in more than 130 countries and over 800 industry segments.

… that over 300 adhesive applications can be found in a modern car?

… that a smartphone contains up to 50 Henkel applications?

Among other things, they dissipate heat and make things like touchscreens and fingerprint recognition possible.

… that Henkel runs the world’s largest adhesives factory in China?

Stretching across 150,000 square meters, the “Dragon Plant” in Shanghai has been producing adhesives for the Asian markets since it first opened in 2013.

… that a portion of the Great Wall of China was restored with adhesive technology from Henkel?

The works took six years to complete. A stone tablet was set to commemorate the project.

… that in 2015, Henkel experts reattached the beard on the death mask of Tutankhamun?

The pharaoh’s beard had broken off while it was being cleaned. Henkel specially developed a high-tech melt adhesive to fix the mask.

Its core markets include consumer goods, the automotive, manufacturing and building industries, as well as the electronics sector.

… that 6,500 technical specialists visit more than 1 million customers throughout the world each year?

They work together on solutions to make their products even better, safer and more sustainable.

For the launch of its new Loctite Hybrids, Henkel demonstrated the adhesion of the products in live events.

The race for eMobility

Revving up for a new era in the car industry

Pritt turns 50: How a revolutionary idea changed the world of adhesives

Society is changing, new technologies are emerging, and demand for planes and satellites is taking off

Pritt pioneers with plastic-free blister packs made from recycled paper

As first adhesive manufacturer worldwide Henkel will introduce plastic-free blister packaging for its broad portfolio of consumer adhesives globally, starting with the Pritt glue sticks in early summer 2022. The new plastic-free blister packs are made from minimum 85 percent recycled paper and are fully recyclable. This solution will contribute to a reduction of 1,000 tons of plastics annually. The new packaging concept is in-line with the company´s sustainability ambition and packaging targets 2025 and aims to further enhance the recyclability of products towards a circular economy.

Driving #eMobility at full speed — Henkel Adhesives and Porsche AG partner in the ABB Formula E World Championship in Rome to pave the way for a sustainable future of #motorsport. Offering strong, reliable and high-performance adhesive solutions, Loctite is used in Porsche’s first all-electric racing car. The partnership is the continuation of a long, trusted collaboration. 🏁 Discover more below.

The increasing urbanization and complex environmental challenges are driving the need for #innovation in construction methods. Henkel therefore recently opened its new Global Competence Center for Waterproofing Construction Adhesives in Umm Al Quwain, United Arab Emirates. This center focuses on developing innovative and #sustainable solutions from foundation to roofs, catering to the specific global customer needs. It's the first of its kind globally and equipped with cutting edge technologies that strengthens Henkel’s position as leader in innovations and research for waterproofing and construction solutions.
Henkel Adhesives #HenkelGCC #UAE #WeAreHenkel 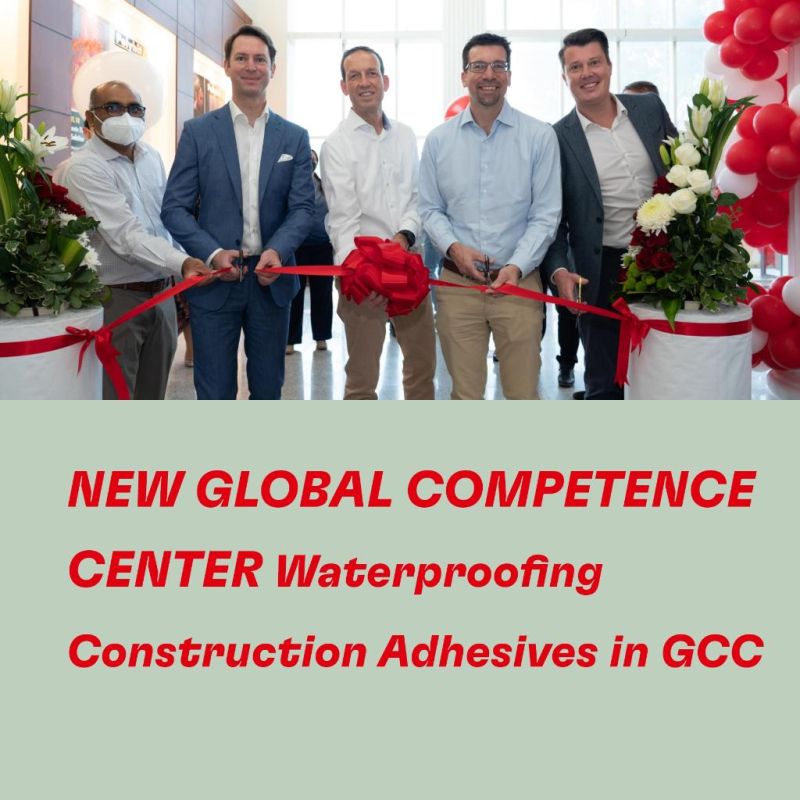 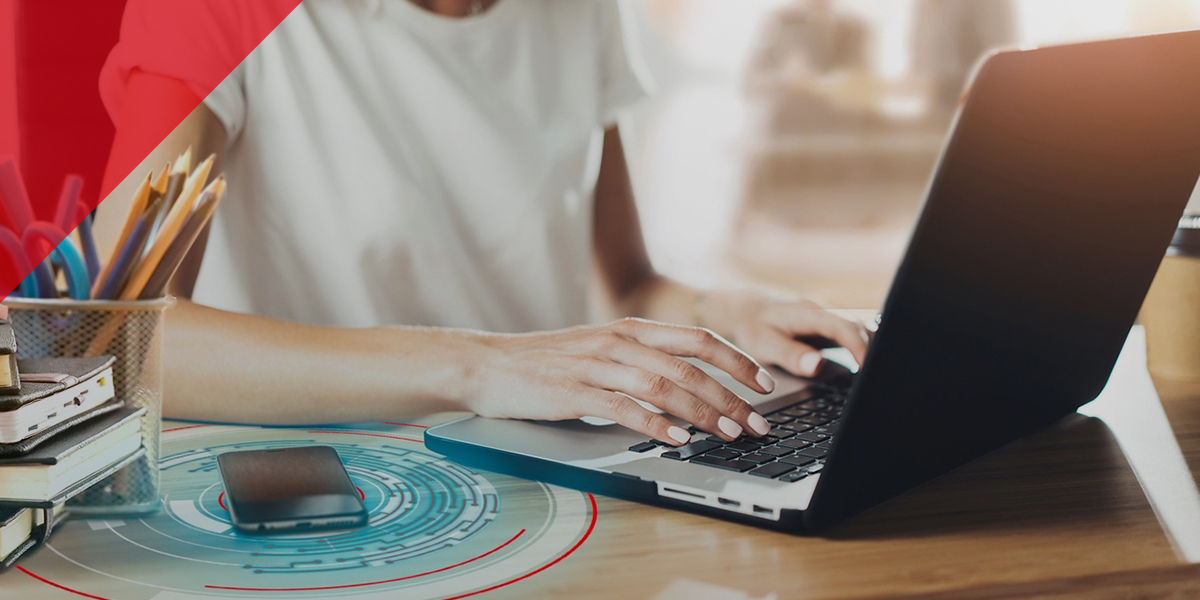 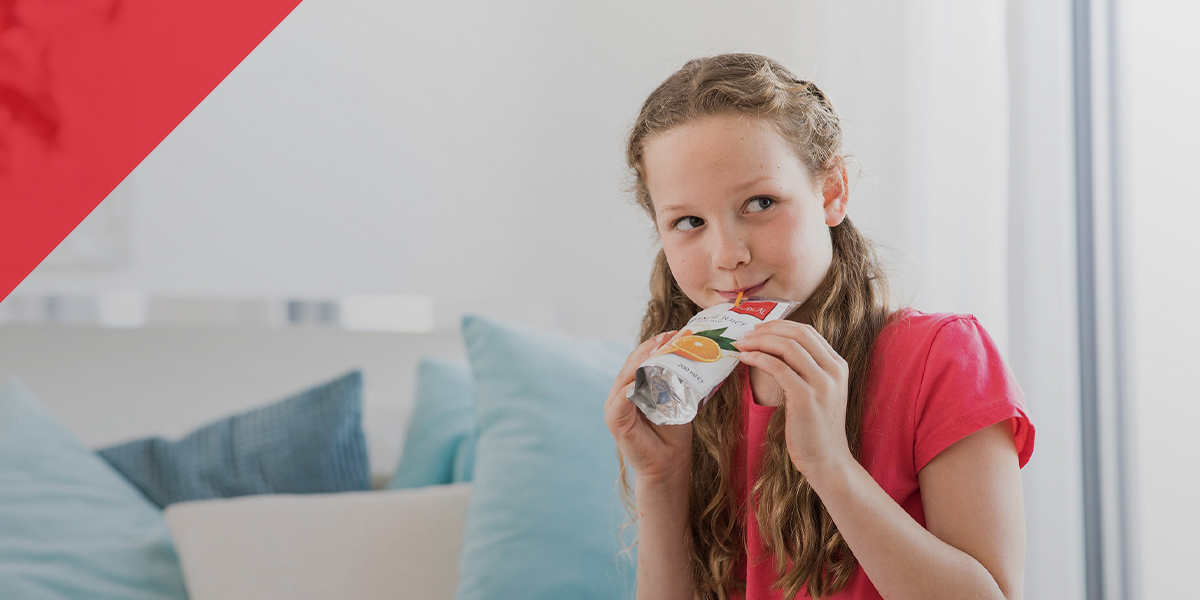 A special #innovation: this boot is made for waddling 🐧 Today, on #PenguinAwarenessDay, we would like to share our own Happy Feet story. Using #3DPrinting and innovative thinking, our LOCTITE® adhesives team and partners ACT 3D Equipment And Services, produced a customized boot for the injured Penguin Purps. Thanks to her new boot, Purps is able to play and walk again. Learn more about Purps’ story here: https://lnkd.in/e6_Xq5aF

Friday is #FunFact day❗ Did you know that one of the #SevenWondersOfTheWorld was repaired with Henkel adhesives❓ Even today, a monument on the Great Wall of China commemorates our efforts. #FunFactFriday pic.twitter.com/m59pEz772k 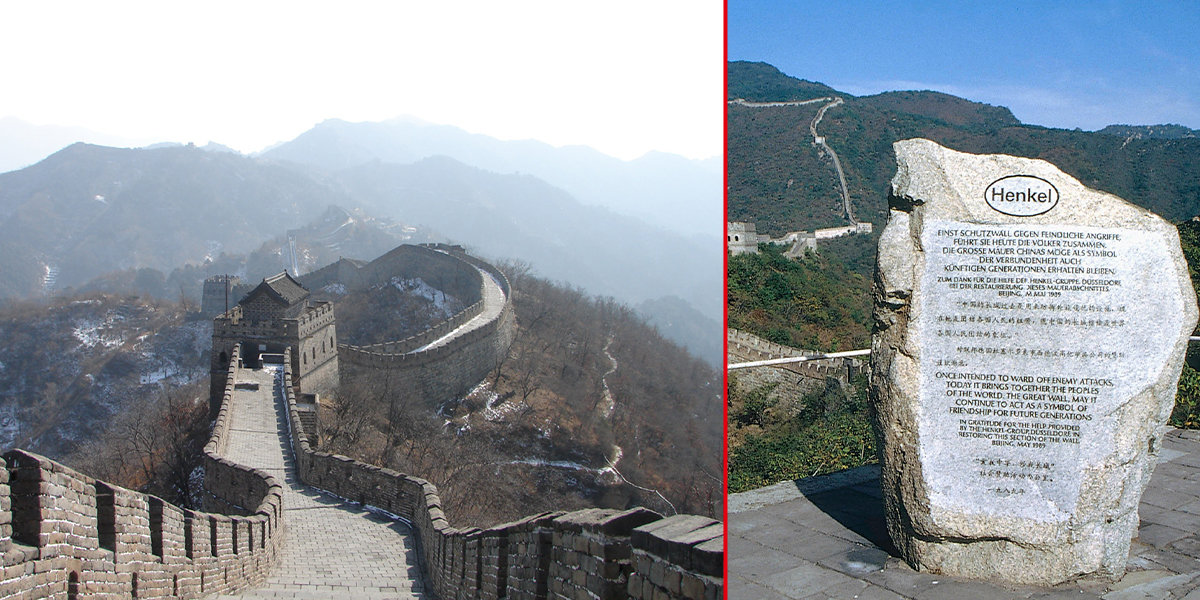 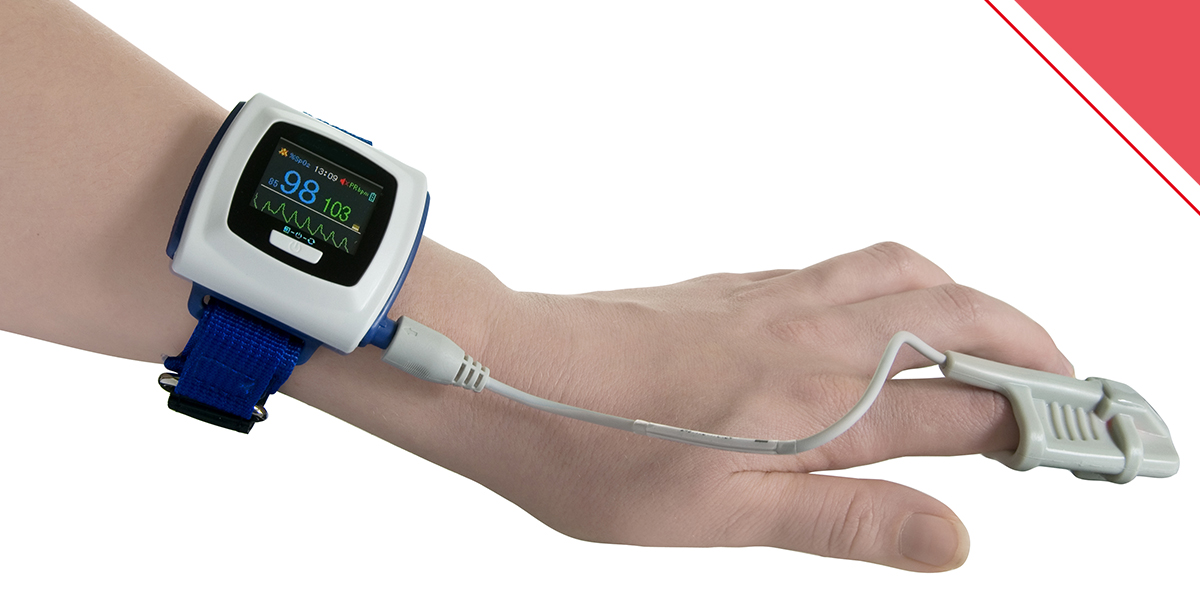 25 years ago, Loctite became part of Henkel Adhesives. The brand that started out as a modern industrial fairytale offers solutions to seemingly impossible problems – on which not only our #B2B customers can rely on. Curious about its superpowers? Discover the history of #Loctite below! #brand #acquisition #marketing