Do you have a North Star to guide your way? A #purpose that drives every single action and decision to bring you closer to what you really want? At Henkel, our purpose is: Pioneers at heart for the good of generations.

Our overall #sustainability goal at Henkel is to become #ClimatePositive by 2040. 🌿
A key lever to reach this goal is the focus on #RenewableEnergies. That is why we are investing in the installation of #photovoltaic generators at our locations, like here in Wassertrüdingen in Germany, to cover the energy consumption of the Henkel Beauty Care plant. By saving several hundred tons of CO2, we want to reduce our CO2 footprint and contribute to a more sustainability. 🌿

Today is #EarthOvershootDay 🌍 This means that we have already used up this year’s natural resources of the earth in only seven months. How do we at Henkel contribute to #SaveThePlanet? 💧 We decrease our water consumption & wastewater ⚡ We reduce our energy consumption & use renewable energy sources ♻️ We foster a circular economy & sustainable packaging 🚚 We reduce our transport emissions 🚲 We invest in new mobility approaches What are habits that you've integrated into your daily lives to reduce your carbon footprint? Let us know! 👇 #Henkel #WeAreHenkel #MoveTheDate #ClimatePositivity #SustainableFuture #Environment #henkeltalent #weoffermorethanjobs

In July, Henkel Adhesive Technologies officially announced that it has joined the European Innovation Partnership on Smart Cities and Communities in their EU Urban Air Mobility ‏(UAM) Initiative currently underway in the City of Ingolstadt, Germany. Supported by the European Commission and launched in 2018, the Ingolstadt UAM Initiative has brought together communities, citizens, businesses and other stakeholders to accelerate practical UAM technology studies and facilitate its ultimate implementation. 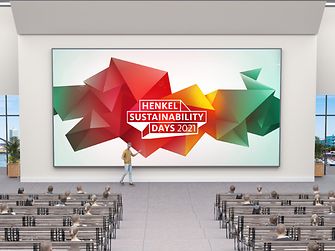 Henkel Sustainability Days will enter second round in November

After the successful debut of the Sustainability Forum in 2020, Henkel Packaging and Consumer Goods Adhesives will continue and enlarge the event under the new name of Sustainability Days in 2021. Bringing together the entire value chain in the field of packaging and consumer goods, Henkel has established a strong platform for knowledge transfer and networking within the industry with last year’s event. 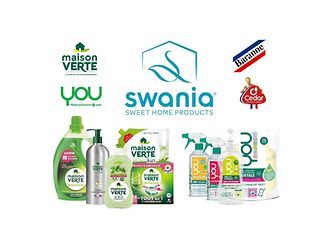